What Should You Know About Battery in 1st, 2nd, and 3rd Degree in Arkansas?

Battery is the act of harmful touching or intentionally offensive contact with another person without their consent. The battery does not require any intent to harm the victim, but the intention to contact or cause contact. Battery charges are changed to assault if they are seen as reckless and negligent.

Assault and battery (a common misconception)

Most people think that battery and assault are the same things. They are not the same; every state defines both terms differently. The first distinction between the two is that an assault does not include contact, while battery includes offensive or illegal contact.

Assault is an attempt to hurt someone through verbal threats or threatening behavior. For a criminal act to be viewed as an assault, it should include a direct act making the person fear for their safety. An assault often includes more than spoken words unless combined with acts that put the victim in immediate harm. To be charged with assault, you have to have “general intent”; there has to be enough evidence that the offender intended the actions. In other words, the offender should have an intention to frighten the other person, and that can be enough for an assault charge. 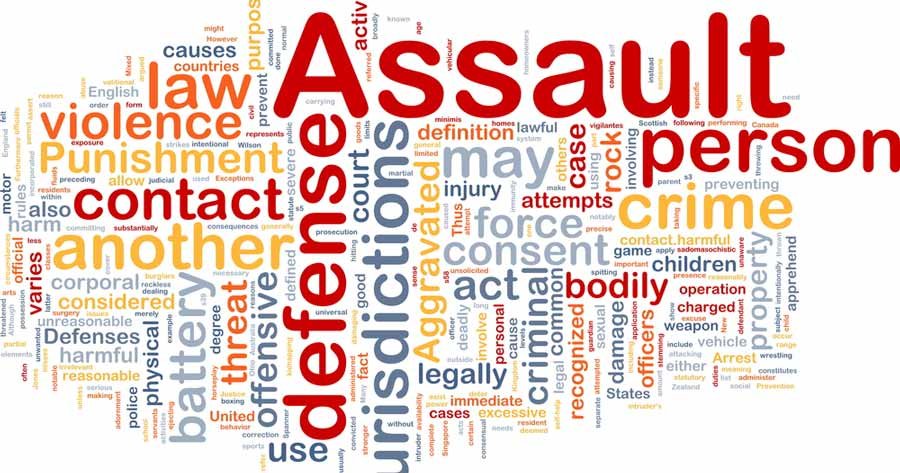 Seriously injurying another person manifested by absolute indifference to the value of human life;

In case when you act alone or with others, while committing or attempting to do a felony, you cause serious injuries to another person displaying indifference to human life;

If you knowingly, without legal justification, cause severe physical injury to a person aged twelve or younger;

Intentionally causing physical injury to any person using a firearm;

Second-degree battery brings a sentence of no more than six years in jail.

When someone purposely causes severe physical injury to another person, uses deadly weapon (other than a firearm) and physically injures another person, is considered a second-degree battery.

Also, if a person recklessly causes serious physical injury to another person by using a deadly weapon, it is considered a second-degree battery.

When a person knowingly, and without legal justification, causes physical injury to another person or incapacitates a known code enforcement officer, firefighter, employee of a correctional facility, or law enforcement officer acting in the line of duty, the law views it as a second-degree battery.

This degree of batter brings a sentence of up to one year in jail.

The third-degree battery case is when someone negligently causes physical injury to another person with a deadly weapon.

If someone is purposely injuring another person, causes stupor, unconsciousness, physical or mental impairment by administering a drug or another substance without the person’s consent.

Arkansas law defines battery as a more serious crime and with far more serious consequences than assault. However, if you get charges for battery or assault, things are not going well for you.

If you face charges in the first, second, or third-degree, you should immediately call a criminal defense attorney.

It is important to remain silent about your case before consulting with a lawyer (this especially goes when police starts to question you).

Make sure you call our firm fast and schedule your initial consultation. As soon as we take your case, we will begin working on your defense.

Going in court alone when facing such offenses, is not the best idea. The process will be lengthy and quite stressful.

If you have any questions or want to learn more about our ways of work and our criminal defense attorneys, call our firm today.