Many of the personal injuries Arkansas residents sustain result from being involved in a preventable accident.

A friend, neighbor, or citizen dies every three minutes due to a fall, drug overdose, or a car crash. According to the Centers for Disease Control and Prevention (CDC), the third leading cause of death in the nation in 2019 was unintentional accidents. Those accidents claimed the lives of 173,040, for a death rate of 869.7 deaths per 100,000 population. No two accidents are the same. Injured victims need to seek professional guidance from an attorney. When you contact our team, we help you understand the extent of your legal rights. 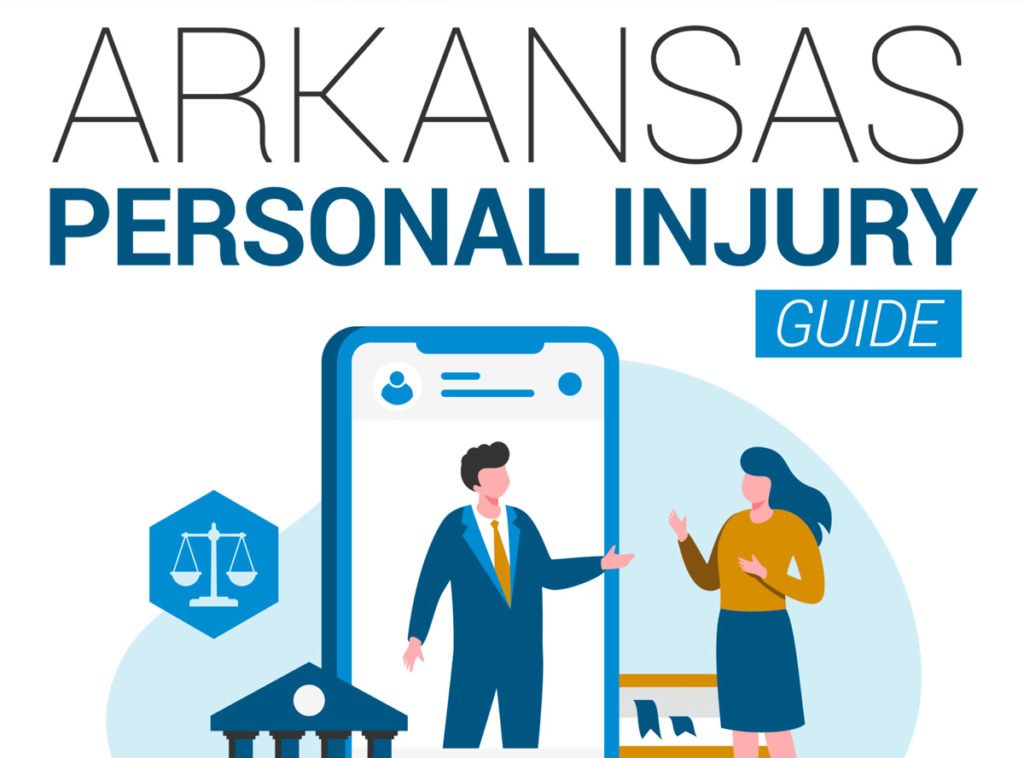 You may have been involved in a severe accident and decide to bring a legal claim to demand compensation. As someone who initiates a personal injury case, you are considered the plaintiff. In a personal injury case, the other party  is not always accused of malice but rather negligence in the disregard for the safety of others. The plaintiff may seek to file a personal injury claim to have the negligent person pay for medical bills and other related costs. The help of a Rogers personal injury lawyer is recommended when filing a lawsuit. The circumstances of every case can be different depending on the severity of injuries and type of injuries sustained after a crash. A Rogers personal injury lawyer will discuss your case in detail, gather crucial evidence, and prepare a strong case for mediation or trial.
Return to table of contents

A Snapshot of Personal Injuries Across the U.S., Including Arkansas

Of the 31 million Americans who are injured and require treatment every year, at least two million are severely injured and require hospitalization. The National Center for Health Statistics (NCHS) found that at least 162,000 injuries were fatal. According to the National Highway Traffic Administration (NHTSA), 5.5 million car crashes happen every year and result in at least 40,000 fatalities and 3 million injuries. Car crashes are the leading cause of death in the U.S. for those under 55. Unfortunately, over 38,000 people are killed on U.S. roadways every year. On average, 52 percent of personal injury cases resulted from a severe auto accident. The NHTSA also indicates truck accidents are another cause for concern, with 60,000 injuries resulting from truck accidents and 5,000 deaths.
Return to table of contents 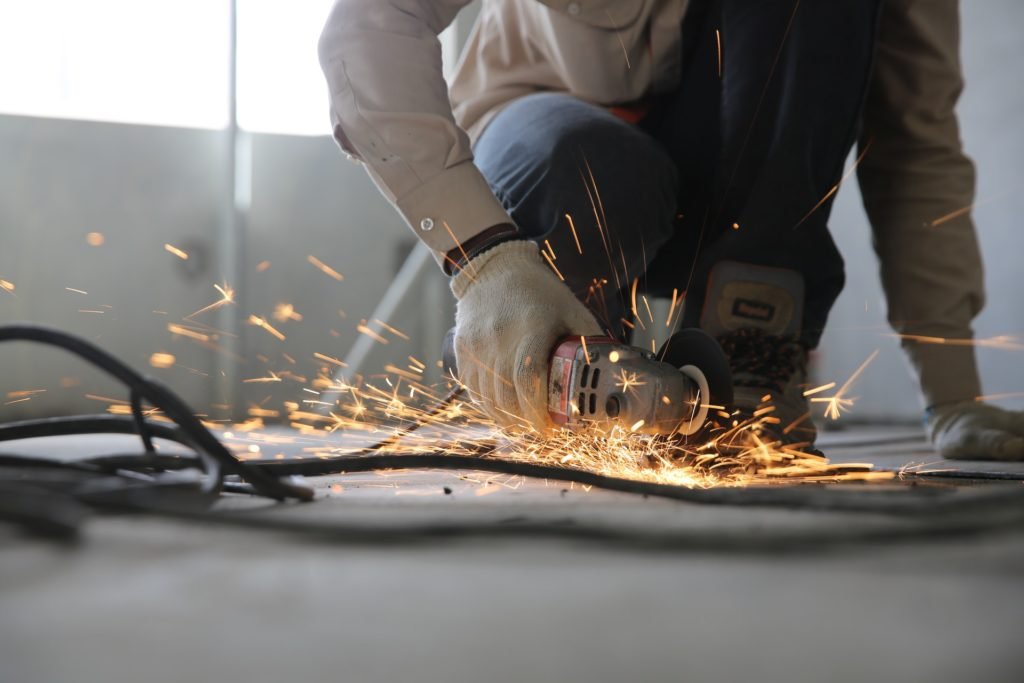 There are at least 300,000 personal injury accidents every year in the construction industry, resulting in approximately 1,000 deaths. If a worker is injured or dies, they cannot bring a personal injury lawsuit against their employer. They must file a claim with the Arkansas Workers’ Compensation Commission (AWCC). However, if a construction worker believes an employer was negligent, the employer could be held accountable for punitive damages. Please speak with an attorney today and let us determine the next best steps.Call today to learn more about your options at (479) 361-3575
Return to table of contents

There is a crash in Arkansas every 8 minutes and 20 seconds on average. Car crashes can result in traumatic brain injury, broken bones, crush injuries, and amputations.

A person can file a wrongful death claim if an individual has died due to another’s negligence. Most wrongful death claims are filed in the wake of death from a truck, motorcycle, car, construction, or defective product accident that caused a death.

When a senior is placed in a nursing home facility, they are expected to be taken care of. However, nursing home staff can often neglect seniors and mistreat them. Lack of medication, improper changing of bed positions and sheets, or excessive use of restraints can determine factors for pursuing a personal injury case.

When manufacturers produce products, they must ensure their safety. If a person sustains serious personal injuries, the company can face a lawsuit if evidence proves the injuries were due to their product.Harmful products include defective car parts, medical drugs, children’s products, and other toxic materials. Insufficient warning labels, poor design, or poor production management are some areas we will investigate.

Common injuries from product liability cases include carbon monoxide poisoning, pediatric poisoning, fire, and electrocutions. According to the U.S. National Fires 2018 report, cooling and heating equipment fires were the second most prominent reason for residential fires, with an average of 41,000 fires. Additional common personal injuries include:

Personal injuries are very common and each year across the nation, roughly 39 million Americans need medical treatment for a wide range of such injuries. Of great concern is the fact that medical errors and accidental injuries are the third leading cause of death.

In a personal injury case, proving negligence is the cornerstone to obtaining fair and equitable compensation. A Rogers personal injury lawyer strives to prove that the defendant owed the survivor plaintiff a duty of care, that the defendant did not take care or breached their duty, that because they breached their duty of care, you were injured, and that your injuries were the direct cause of their breach of duty.
Return to table of contents
FREE CONSULTATION
(479) 361-3575

8 Stages of the Personal Injury Lawsuit Process in Arkansas

Winning any injury case, like a car accident lawsuit, depends on proving the following four elements: The timeframe for a personal injury case can vary depending on the type of incident, the severity of injuries, and the willingness to reach an agreement with the opposing party. After hiring an experienced personal injury Rogers lawyer, we will work with you to gather crucial evidence, prepare documents for discovery, and prepare for court dates. Should mediation or a trial ensue, we will be with you every step of the way.
Return to table of contents

Contact a Rogers Personal Injury Attorney for Your Free Consultation

Call the Law Office of Jason M. Hatfield, P.A. (479) 361-3575 to schedule your free initial consultation with an experienced Rogers personal injury lawyer. Let us handle the legal side of things while you focus on getting well. We will help you understand your legal rights, prepare a compelling case on your behalf, and help you recover from your injuries. By calling us today, you pay nothing. We offer free consultations and will determine what works best for your situation. The Law Office of Jason M. Hatfield, P.A. represents Rogers car accident victims and those who have lost a loved one in a crash from all over Northwest Arkansas, including Fort Smith, Springdale, Fayetteville, Bentonville, Berryville, and Harrison. Call us today at (479) 361-3575.
Return to table of contents