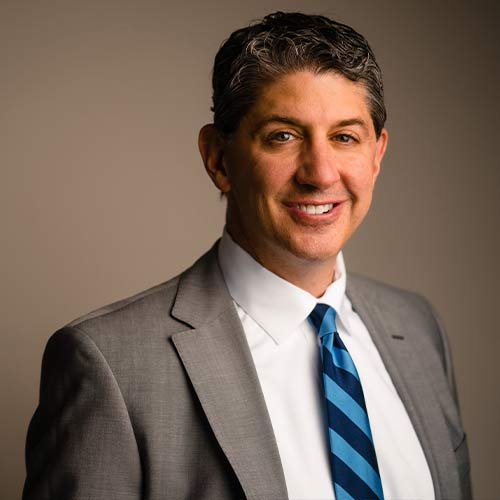 ​Jason M. Hatfield holds the designation of Super Lawyer based on his professional achievements and recognition by his peers. No more than five percent of lawyers are awarded this status. Jason is also recognized and awarded for being one of the Best Lawyers in America. In addition, Jason has the highest possible rating of AV – preeminent with the prestigious Martindale Hubbell legal group.

Jason moved to Rogers, Arkansas in junior high and started working when he was 14 years old.  As a kid Jason ran a paper route, worked fast food, stocked shelves for retailers and loaded trucks in warehouses.  As a young adult Jason worked his way through college on constructions sites and performed every type of job in a poultry plant, including evisceration, debone and further processing.  He witnessed all kinds of injustice occurring to injured hard working Arkansans and has dedicated a large part of his practice representing injured workers before the Arkansas Workers’ Compensation Commission.

Jason attended the University of Arkansas in Fayetteville, Arkansas, and obtained a Bachelor of Science pre-medicine degree in Microbiology in 1991.  In 1994, he obtained a Master of Science degree in Food Science and completed his Master’s Thesis which published in the Journal of Food Quality, titled Minimizing Color Degradation in Blush Wines. In 1997, Jason graduated from the University of Arkansas School of Law.

Since graduating law School Jason has represented the residents of northwest Arkansas in hundreds of depositions and bench trials.  He has tried numerous cases to jury in Arkansas Circuit Courts and Federal Courts. He has successfully reversed trial court rulings at the Arkansas Supreme Court and the Arkansas Court of Appeals.  In 2009, Jason completed a three-week jury trial fighting against the improper usage of cancer-causing carcinogens in which his closing argument was quoted by New York Times bestselling author David Kirby in his book, Animal Factory.

Jason has a passion fighting for justice and fairness for Arkansans who have been injured at no fault of their own.  He is not afraid litigating injury cases that need to be litigated and shaping the law on tough issues.  Additionally, he has worked long hours attempting to educate legislators on the negative effect proposed workers’ compensation bills would have on injured workers and has testified multiple times to legislative committees in an attempt to keep a level playing field.

In his free time Jason enjoys spending time with his family, working in the yard, traveling, fishing and supporting the Arkansas Razorback athletic programs.